Read our introduction to foundations if you have missed it. 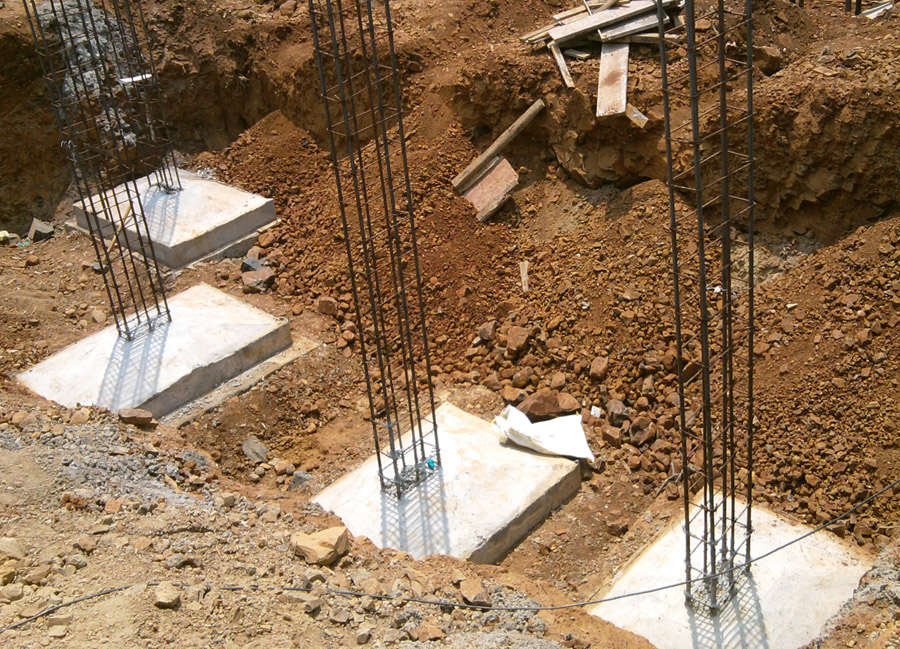 Individual footings awaiting concreting of the footing column.
Individual footings are one of the most simple and common types of foundations.  These are used when the load of the building is carried by columns. Usually, each column will have its own footing. The footing is just a square or rectangular pad of concrete on which the column sits. To get a very rough idea of the size of the footing, the engineer will take the total load on the column and divide it by the safe bearing capacity (SBC) of the soil. For example, if a column has a vertical load of 10T, and the SBC of the soil is 10T/m2, then the area of the footing will be 1m2. In practice, the designer will look at many other factors before preparing a construction design for the footing.

Strip footings are commonly found in load-bearing masonry construction, and act as a long strip that supports the weight of an entire wall.  These are used where the building loads are carried by entire walls rather than isolated columns, such as in older buildings made of masonry. 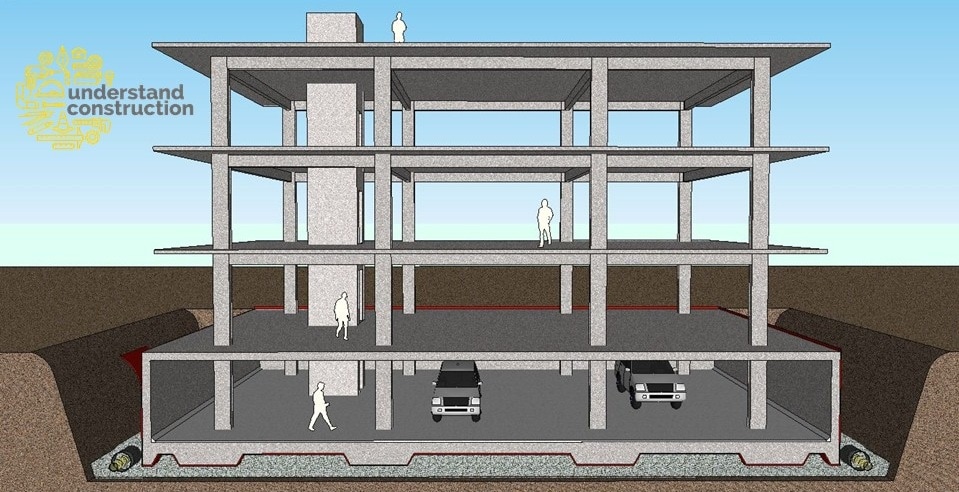 Mat Foundations are used where the soil is week, and therefore building loads have to be spread over a large area, or where columns are closely spaced, which means that if individual footings were used, they would touch each other.

Read our page on raft foundations.

A pile is basically a long cylinder of a strong material such as concrete that is pushed into the ground so that structures can be supported on top of it.

Pile foundations are used in the following situations:

There are two types of pile foundations, each of which works in its own way. 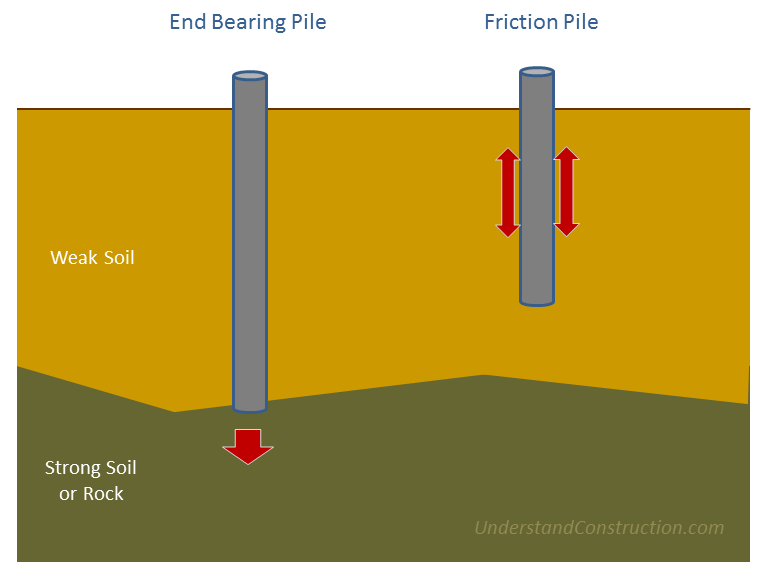 
In practice, however, each pile resists load by a combination of end bearing and friction.